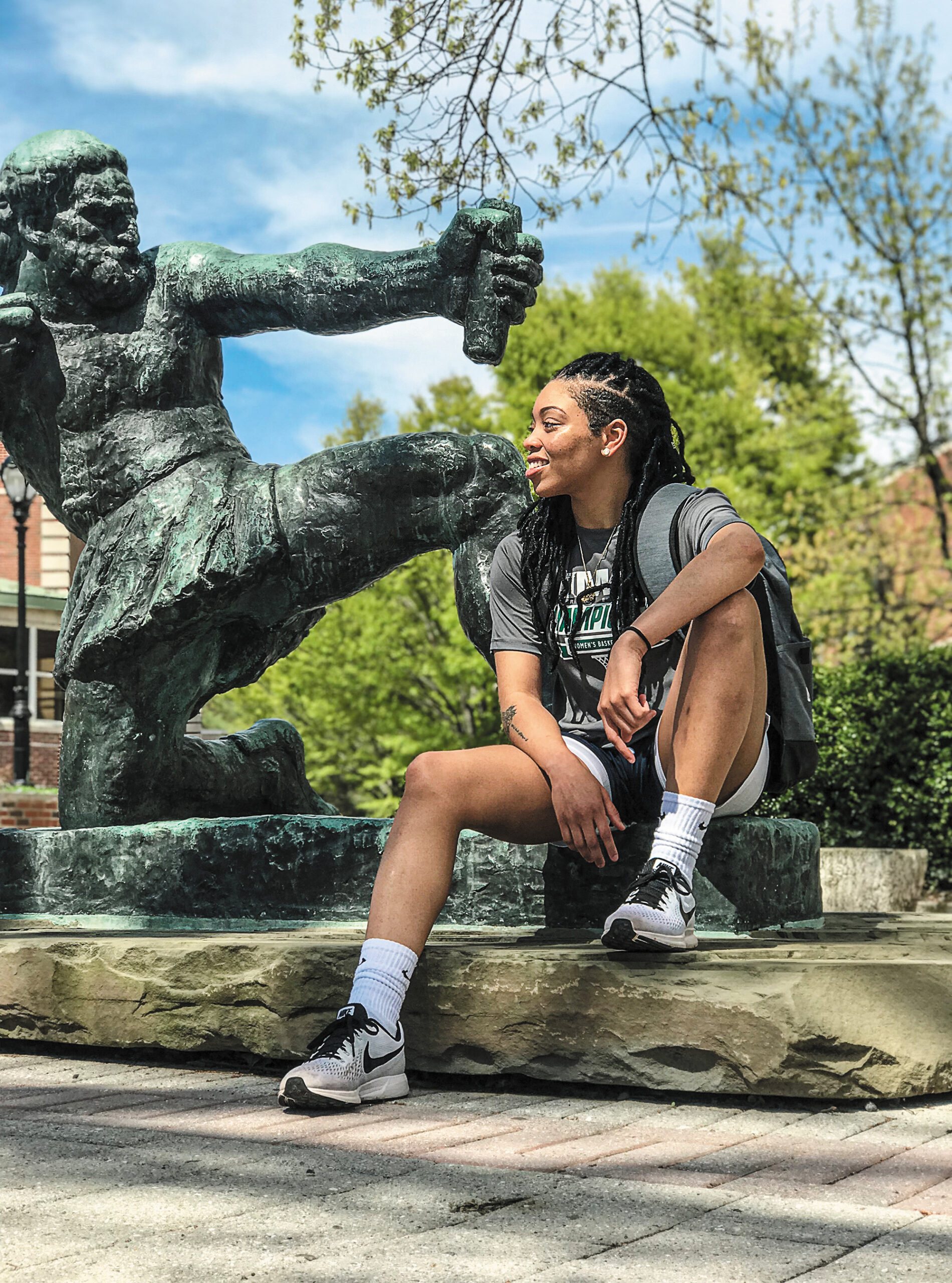 For decades now, the Ulysses statues at the Florham and Metropolitan campuses have inspired students and alumni to strike a pose of their own and snap a photo or a selfie. 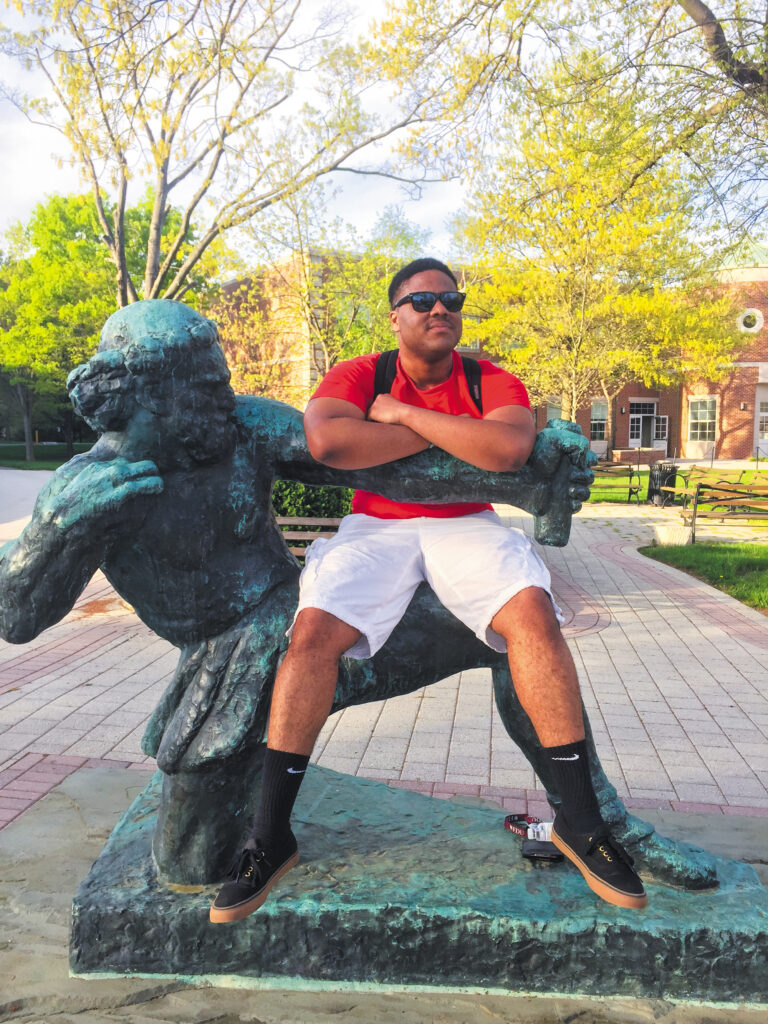 “I’ve always seen the Ulysses statue as a sign of strength. The physique and posture of the sculpture deliver so much power,” says Cayla Staggers, BA’21 (Flor). She stopped to snag the picture above after lifting in the gym on a spring day in 2019.

In 1964, University founder and first president Peter Sammartino and his wife, Sylvia, purchased the statue of Ulysses — which now resides in the quad outside of the Roberta Chiaviello Ferguson and Thomas G. Ferguson Recreation Center — from the estate of sculptor Ivan Mestrovich. The piece originally stood in the plaza between the Castle and Messler Library on the Rutherford Campus. A duplicate statue, made for the Metropolitan Campus, still stands outside the Edward Williams Hall there. 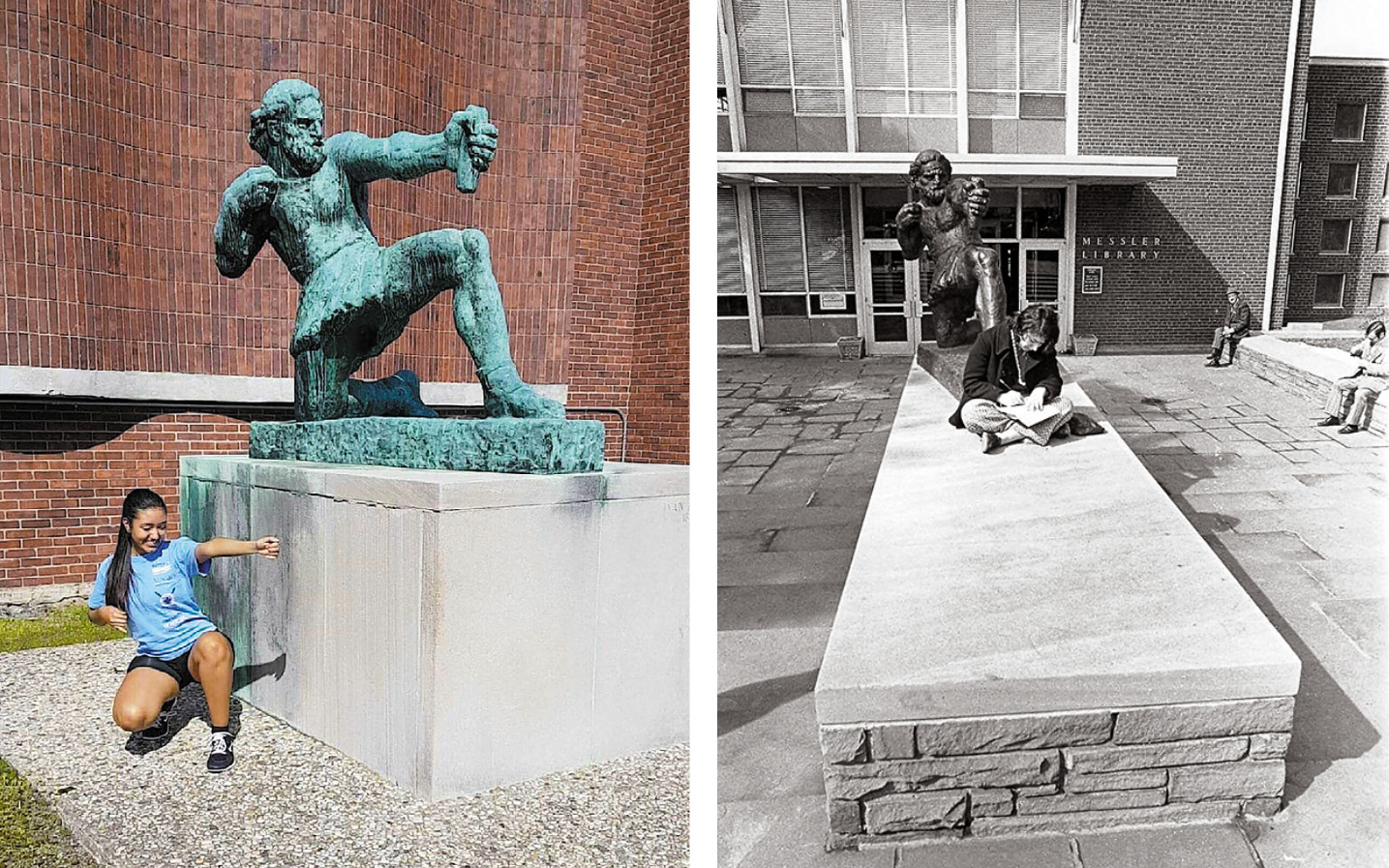 Left, Jacqueline Salgado. Right, an archival photo of the Ulysses statue during its time at the Rutherford Campus. 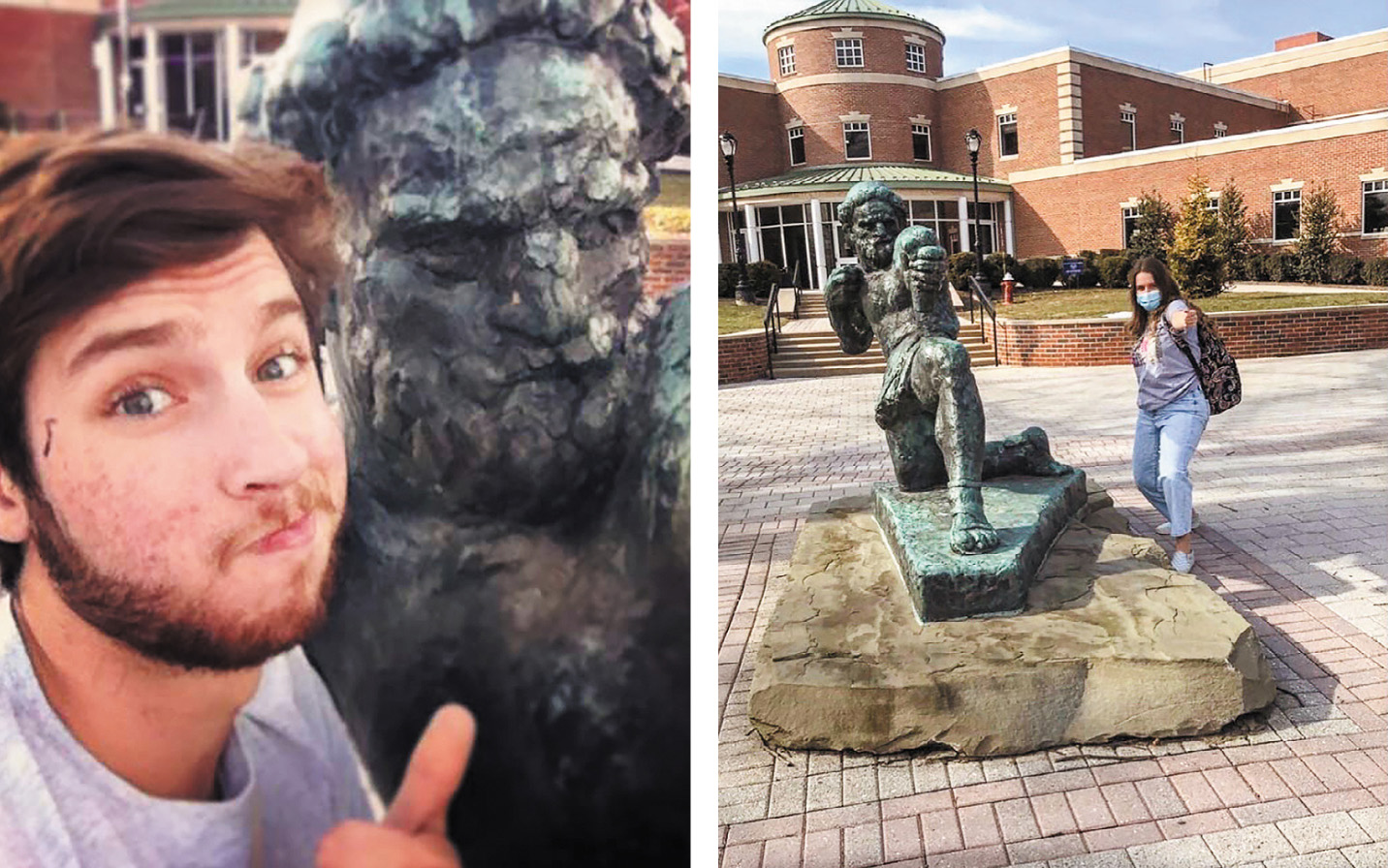