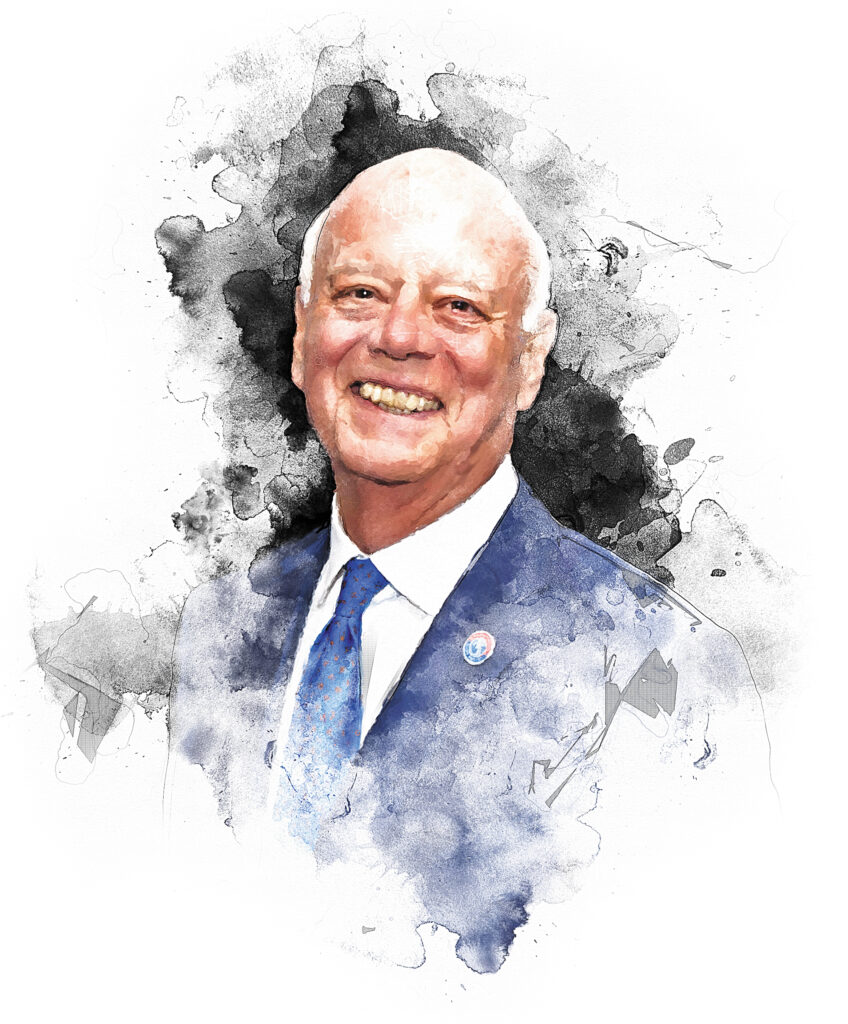 Board Chair Patrick J. Zenner, MBA’75 (Ruth), stepped down in June after serving as a member of the Board of Trustees for 26 years and as chair since 2003.

“Pat has meant so much to this University, and we owe him so greatly for everything he has done,” says President Christopher Capuano. “Under his leadership as Board Chair, the University has achieved one milestone after another and attained a level of prominence that should make us all feel very proud. The board has been very supportive and provided key direction and counsel throughout Pat’s tenure.”

During this year’s annual Charter Day, the University celebrated his years of service and generosity.

“I am very proud of the accomplishments at FDU and of the direction that the University is heading,” Zenner says. “Under President Capuano, FDU has built a terrific foundation and is poised to create even more dynamic experiences for students. I will always be close to the institution, and I am anxious to see many more exciting developments in the years ahead.” In a resolution, the Board named Zenner the first Trustee Chair Emeritus.

“Pat truly embodies the essence of FDU,” Capuano adds. “He is a man of impeccable character, incredible resilience and relentless determination. I will miss his insights and his resolve, but we will continue to benefit from his inspiration and example for years to come.”

A loyal, devoted alumnus, Zenner earned his M.B.A. in pharmaceutical-chemical studies in 1975 on the Rutherford Campus. He earned his undergraduate degree at Creighton University, Omaha, Neb., where he has also served as a trustee.

Zenner spent more than 30 years at Hoffmann-La Roche, prior to his retirement in 2001 as president and CEO of the firm’s North American operations. Before becoming president and CEO in 1993, he was senior vice president of the pharmaceuticals division from 1988 to 1992.

He joined Roche in 1969 as a sales representative and subsequently worked in pharmaceutical sales and marketing. In 1982, he was named vice president and general manager of Roche Laboratories. He spent two years, 1989–91, with Roche’s parent company in Basel, Switzerland, as head of international pharmaceutical marketing, project development and regulation. Zenner remains engaged in the industry today.

FDU has honored his professional accomplishments and civic contributions several times. He received The PINNACLE award in 1993 and served as Charter Day honoree in 1998. The Stadler-Zenner-Hoffmann-La Roche Academic Building or, as it is commonly known, the “Zen Building,” honors him and fellow alum Martin Stadler, MBA’74 (R).

“Higher education is the key to opening up opportunities,” Zenner said when he took the role of chair. “For me, higher education — and FDU in particular — gave me the foundation and the opportunity to advance my career and be a good citizen of this country and the world.